The Motor City Cruise, the G League affiliate of the Detroit Pistons, will sport a custom uniform designed by Detroit fashion designer Ken Walker as part of the team’s Black History Month initiatives. The uniform will be worn by the players during their Feb. 15 game against the G League Ignite at Wayne State Fieldhouse.

Walker founded his brand, K. Walker Collective, in 2018. Since then, he’s presented at New York Fashion Week and had his apparel and accessories sold at Détroit Is the New Black. He’s now building a team of local creatives to work with and learn from his business.

While designing the jerseys, Walker says color and emphasis on the Motor City Cruise logo were key. Indeed, the prominence of the team’s “Founding Fans” logo and “Start your Engines” year-one tagline stands out, according to Motor City Cruise’s vice president of business operations LaRhonda Burley, as well as the overall simplicity and sharpness of the design. 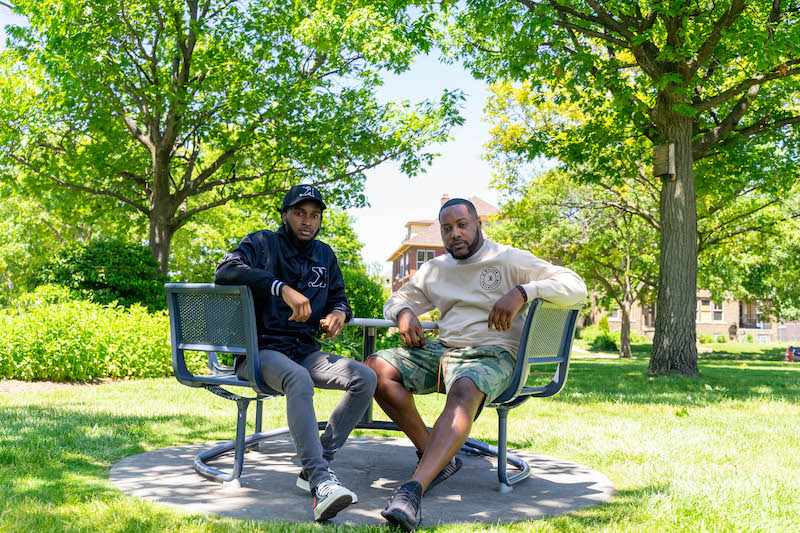 “Color is paramount in my design process, so I immediately began to explore other variations that would be distinctive from any previous Detroit Pistons jersey,” Walker says. “Once I dug into Motor City Cruise’s brand guidelines and saw that black was in the color palette — it was on! I knew that would blow everyone’s minds, so [I] assigned my design [and logistics] assistant, Kendal Shorter, to begin our proposed illustration in black. And then, it was imperative that we put emphasis on the Motor City Cruise logo.”

According to a press release, Motor City Cruise teamed up with Walker as well as local youth nonprofit Detroit Phoenix Center and MCC presenting partner United Dairy Industries of Michigan (Milk Means More) on the uniform. Both organizations have their logos featured on the jersey. The uniform was unveiled Feb. 10 during the Bally Sports pre-game show at the Pistons’ home game against the Memphis Grizzlies.

“Ken’s passion for this project has been apparent from the beginning and seeing the reaction to the jersey when it was unveiled last night showed the importance of this project,” Burley says. “There is a feeling of pride around the project for everyone involved.” 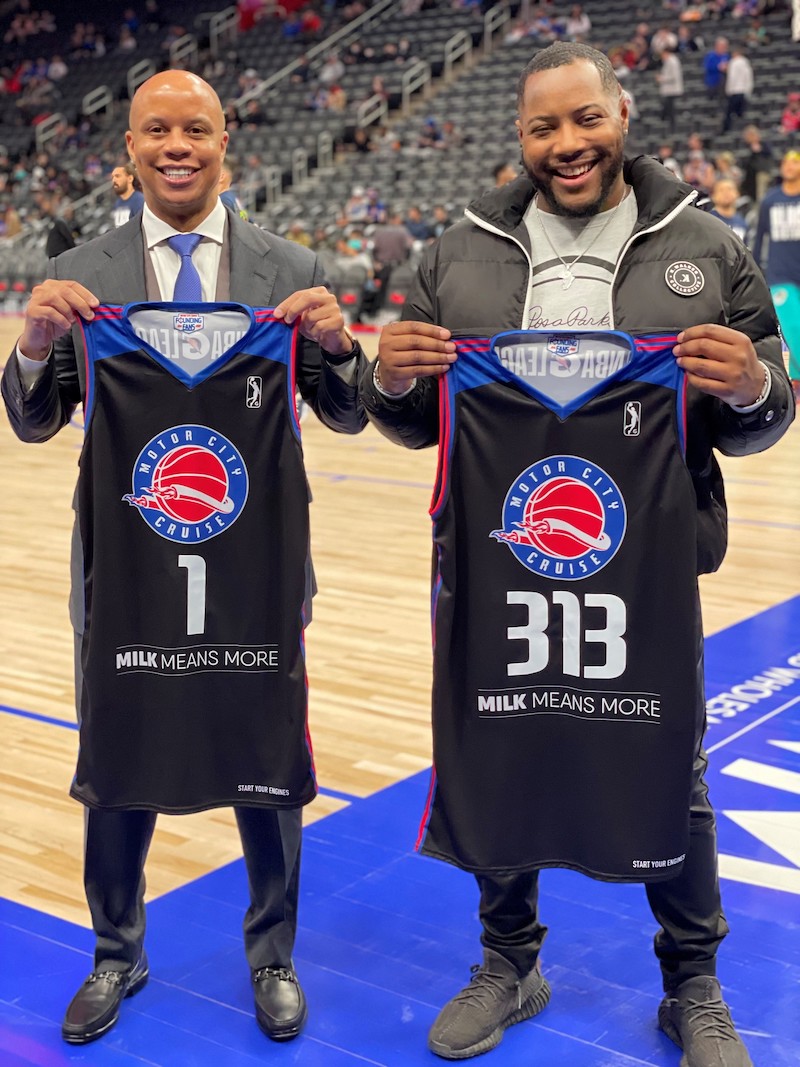 Detroit Phoenix Center was personally chosen by Walker as the nonprofit to feature on the custom uniforms. Founded in 2017 by Detroit native Courtney Smith, the nonprofit aims to end youth homelessness and provides folks ages 13-24 with educational resources, scholarship programs, and emergency crisis housing. Walker and Smith met in 2018 when Walker was preparing for his brand’s first fashion show, and the two have stayed connected since. Following the Feb. 15 game, the jerseys will be provided to Detroit Phoenix Center for their own use and fundraising efforts.

Walker and Smith, as well as Detroit native Horatio Williams and his namesake foundation, will be honored on the court during the Feb. 15 game. Fans will also receive cookies from Detroit bakery Good Cakes and Bakes and other Black-owned small business partners and leaders will be recognized throughout the game.

“It is important for us to stay as close to the heart of the city as we can with our initiatives, and this activation is a great example,” Burley says. “Ken, Courtney, and Kendal are all from Detroit proper. … Along with the synergy of [Motor City Cruise’s] president and general manager Rob Murphy growing up on the westside of Detroit, this inaugural jersey really pulls in the spirit of the Cruise and the city.”